Starting a Business in the United States

Looking to expand and start a foreign business in the United States? Contact NNRoad to help successfully expand your business to international destinations!

If you are interested in starting a business in the United States, it is crucial to have a strong understanding of the different types of legal entities available. The business opportunities in the world’s largest economy are endless, and the country is one of the most attractive markets for entrepreneurship. The election of the right corporate structure is essential for the company’s future well-being and legal status. The following structures are available for companies starting a business in the United States:

Within the corporation type of entities, investors have different options to register a company or business in the United States. Depending on the entity’s intended activity they can be classified in business corporations and non-profit corporations.

This classification refers to any corporation in the United States that is taxed separately from the owners. C Corps does not have any limits on the number of shareholders, both foreign and domestic. Anytime the profits or earnings of a C Corp are distributed to the shareholders, they are considered by U.S. income tax purposes as a dividend.

In order to be classified as an S Corp, three requirements must be met.

Simply put, this model passes corporate deductions, credit, losses, and income through shareholders for federal tax purposes. Generally, an S Corp is a corporation that operates under the laws of the state where the entity is organized. Income is taxed at the shareholder level, meaning that the money distributed to the shareholders was not previously taxed. Certain corporate penalty taxes (e.g., personal holding company tax, accumulated earnings tax) do not apply to an S corporation.

This model is oriented towards companies incorporating a non-profit making organization attaining benevolent, education, or charitable objectives. Non-profit Corps can generate surplus revenue, but the organization must retain them for expansion, self-preservation, or for the future. Unlike the other corporation models, they cannot be distributed to shareholders.

A corporation can be owned by an individual person, and have just one officer and director, depending on state law. The owner(s) are known as shareholders. Shareholders have the power to elect directors to represent them, setting the corporation’s policies. In turn, the directors are empowered to appoint offers to provide leadership, managing the company’s day-to-day operations. The Chief Executive Officer (CEO) and Chief Financial Officer (CFO) are examples of such officers. Legally, corporations are required to follow more formalities than other organizations. They must have an annual meeting of the directors and shareholders, and if the shareholders desire to take a significant action, they must have a board approval.

The shareholders and the corporation are legally separate. For example, this means that a shareholder could not take company funds for him/herself without entering a board resolution into the records of the company and thoroughly documenting the reason.

Features of a Corporation

Corporate taxation is much more complex compared with sole proprietorship, partnerships, or LLCs. Taxation rules are dependent on the number, residency, and type of shareholders. A corporation could be taxed as if it were a partnership (an S corporation), and therefore not pay taxes itself, or it could be considered a taxable entity (a C corporation).

S corporations let shareholders treat profits as distributions and pay taxes on profits through their own personal tax returns.

This type of organization is a combination of a corporation (which possesses the ability to limit personal liability), and a partnership (which assigns profits and losses to individuals). It can be used as the structure for a wide range of business scopes and is especially common among professional practices such as law firms or investment consulting companies doing business in the U.S.

One difference from corporations is that some states require LLCs to designate a future date at which the LLC will automatically dissolve. In addition, some states require that if a member were to go bankrupt, die, or meets some other calamity, the members that remain must convene to vote to continue, or dissolve the partnership.

A sole proprietorship is the simplest type of business entity in the United States. It is commonly used by those who are interested in opening a small business. Common examples of Sole Proprietorships include Nail Salons, auto-care shops, and restaurants.

Because the owner and the sole proprietorship are legally tied together, the profits and losses of the business are considered the owner’s personal income.

The proprietorship firm can be disregarded for tax purposes. Essentially, the sole proprietor pays their own personal income taxes, and that also takes care of the firm’s taxes.

The IRS calls this “pass-through” taxation. Under the Tax Cuts and Jobs Act, up to 20% of business income earned by the owner can usually be deducted as an additional deduction. However, if the sole proprietor has an income of over $157,500 (if single) or $315,000 (if married filing jointly), they must have depreciable business property or have employees to receive this special deduction.

Partnerships for Businesses in the United States

A partnership is a model for setting up a business in the USA in which two or more persons are involved. The individuals are responsible for the partnership, including for all profit or loss. The persons registering a partnership company make an agreement on how to share the profits and losses.

Because the liability of partners is joint and separate, any of the partners could be made to pay the partnership’s entire debt, regardless of the capital contributions made into the partnership or the allocation of profits and losses.

Compared to a sole proprietorship, the members of a partnership are required to file a return to the government detailing the information regarding what the profits and losses of the partnership were, and how they were chosen to be allocated to the partners.

There are three main types of partnerships: Unlimited, limited, and joint venture.

This is the simplest type. All liability and management are shared equally between the partners, unless otherwise specified. Basically, this structure assumes equal partnership, and therefore equal ownership.

This model is slightly more complicated. There are one or more general partners who manage the business, and they are also liable for the partnership’s debts. There is also another type of partner. This type contributes capital and shares in the profits but does not run the business and is not liable for the debt and tax obligations of the partnership beyond their personal contribution. They are basically a silent partner: contributing money and sharing in profits but removed from daily operations.

This version of a partnership is time-based. Sometimes, two or more individuals are interested in working together on a project for a period. This company formation structure is temporary and is dissolved upon completion. If the individuals would like to continue to work together afterward, they would then register under the general partnership model.

Partnerships operate under “pass-through” taxation. This means that it is the owners who are taxed, and not the partnership entity itself. Therefore, the tax rates on partnerships are the same as the individual’s tax rates, likely in the range of 25-28 percent. Partners must account for their own tax obligation. They must estimate the amount of tax owed quarterly and annually.

There are various deductions available that partnerships can take advantage of, including operating expenses, product and advertising, costs for startup, travel costs, entertainment, and meals.

For additional information, contact NNRoad to help successfully expand to or start a business in the United States and other international destinations! 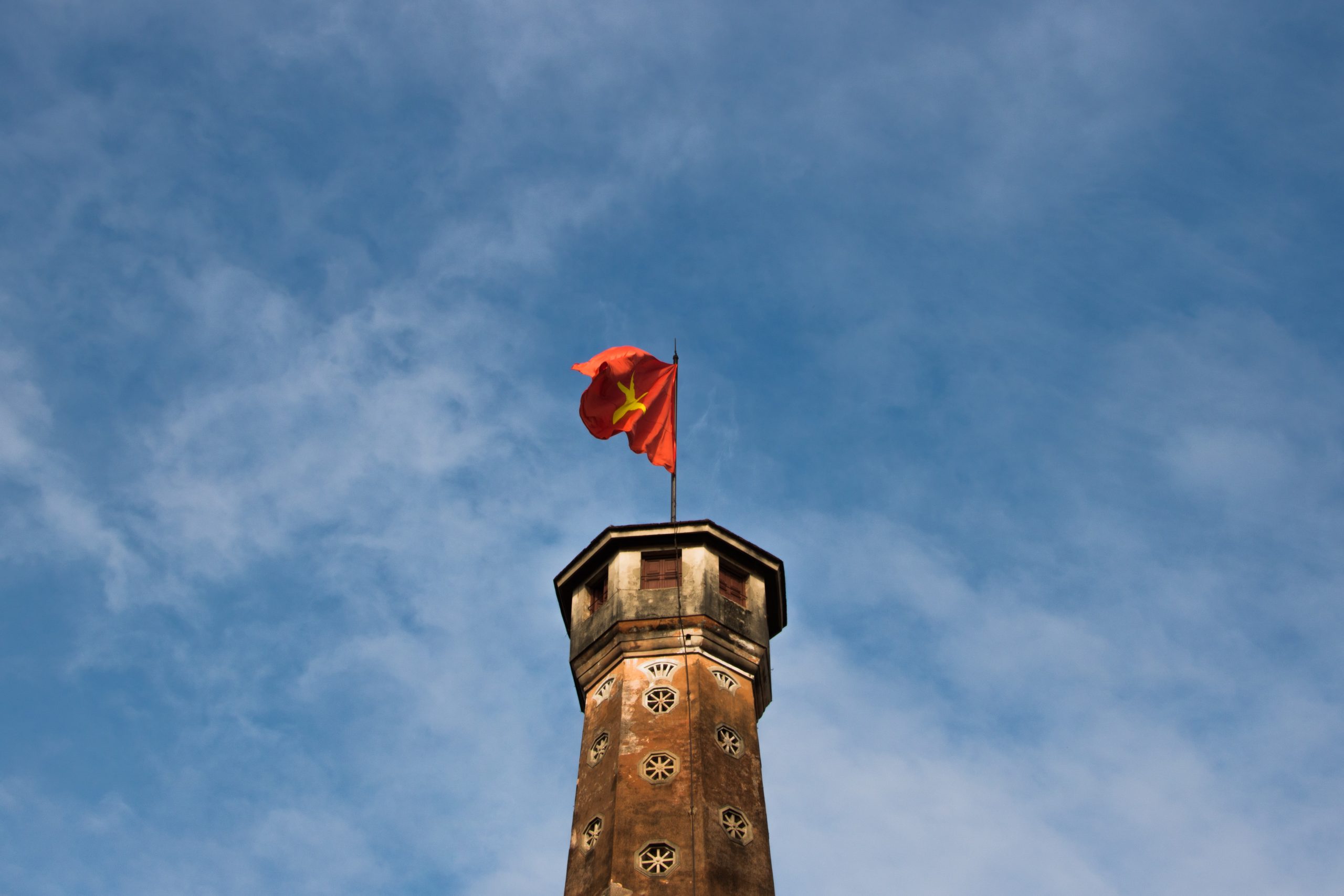 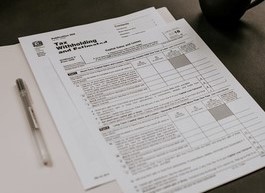 Payroll Service in the US for Small Businesses 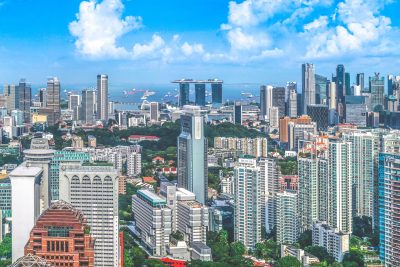 Benefits of HR Outsourcing in Singapore

Payroll Service in the US for Small Businesses

Benefits of HR Outsourcing in Singapore