There are various tax credits and deductions that can be applied to reduce the amount of tax owed. For example, the Netherlands offers a “foreigners’ tax credit” called “the 30% rule” to certain taxpayers who are not Dutch residents. This credit can effectively reduce the amount of taxes owed by up to 30%. The Netherlands also has a value-added tax (VAT) of 21%, which is levied on most goods and services. However, there are some exceptions, such as for food, books, and housing.

Foreigners who are employed in the Netherlands are typically required to obtain a Dutch Tax Number in order to be able to file their taxes. This number can be obtained from the Tax Office or online. Locals who work for a Dutch employer will already have a Dutch Tax Number and do not need to take any additional steps.

All dividends and capital gains are taxed a flat 25% in the Netherlands.

Savings and investments in the Netherlands are taxed at 1.2% per year. Investments made in “green” projects or companies can apply for exemption from the Box 3 1.2% tax (up to €56,420). This exemption also qualifies for a tax credit of 0.7% of the “green” investment which is unusable only in Box 3.

Tax Residency in the Netherlands

If an individual does not meet any of these criteria, they may still be considered a resident if they have significant personal or economic ties to the Netherlands. Non-residents are only subject to income tax on income derived from Netherlands sources.

If you are a resident taxpayer in the Netherlands, you may be eligible for a tax deduction in order to avoid double taxation on your incomes derived from overseas, even in aunties that do not have a treaty with the Netherlands. To receive the deduction, you will need to file a tax return and provide documentation of your income from other countries. If you are a non-resident taxpayer, you are not eligible for the deduction. However, as a non-resident you only need to pay taxes on income derived from the Netherlands.

The Netherlands is actively working to attract foreign talent in order to keep up with the competition in the global labor market. One of the ways they are doing this is by offering tax deductions for highly skilled individuals who work in the Netherlands. The 30% rule is a tax break that allows these workers to deduct 30% of their salary from their taxable income. This deduction is available for a maximum of eight years.

Income tax returns in the Netherlands are due by May 1st of each year. The application and filing procedure is relatively simple and can be done online. Taxpayers will need to provide their personal information, income details, and any deductions or credits that they are entitled to. Once the return is filed, the Netherlands Revenue Service will calculate the tax liability and issue a refund if necessary.

NNRoad is a global Employer of Record & PEO provider with a base in the Netherlands. We are able to advise you and your Netherlands dispatched or payroll employees on their individual income taxes. For more information on our HR and payroll related services in the Netherlands, please visit our Netherland county services page or contact us directly.

PrevPreviousVietnam: 5 Reasons to Invest in the Promising Economy
NextEverything You Need To Know About Hong Kong Individual Income Tax in 2022Next 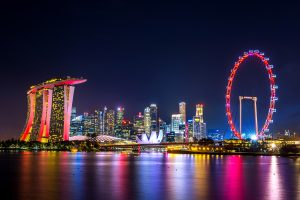 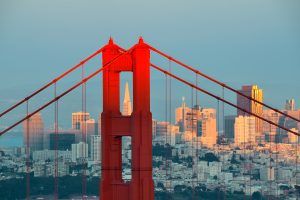